on January 03, 2021
The rugged North Norfolk coast, holds many attractions for the photographer, the one I came here today for was the seals, a 2.5 hour journey for me from home. 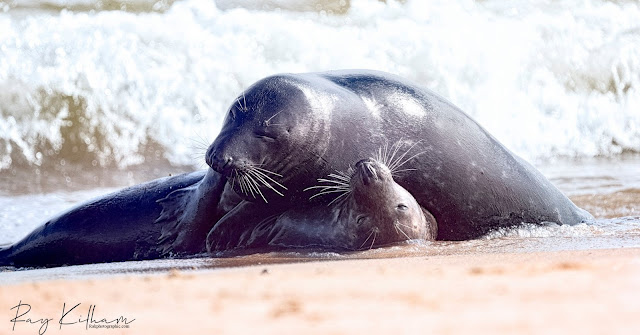 There is something special about getting out onto the beach early in the morning on your own - silence and solitude......only broken by the sound of the waves.

For the majority of the day, apart from the odd dog walker, I had the beach to myself, not one other photographer.

This time of the year, the seal pups were not yet born, so just the adults laying around on the beach, taking in the sun, or just playing around in the surf 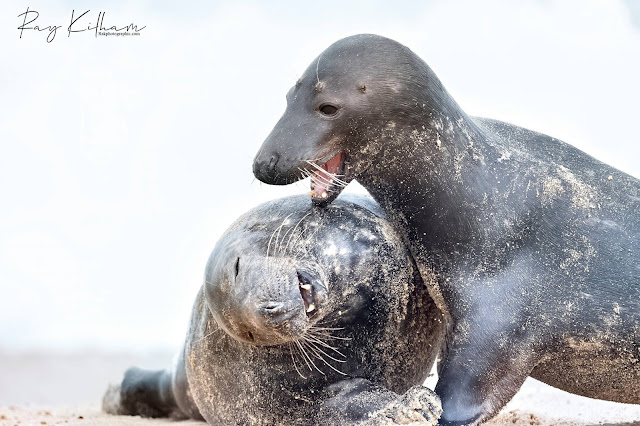 I positioned myself parallel to the surf shooting along the beach, using a long lens (800mm) enabled to get the images I wanted without getting to near to the seals and disturbing them. 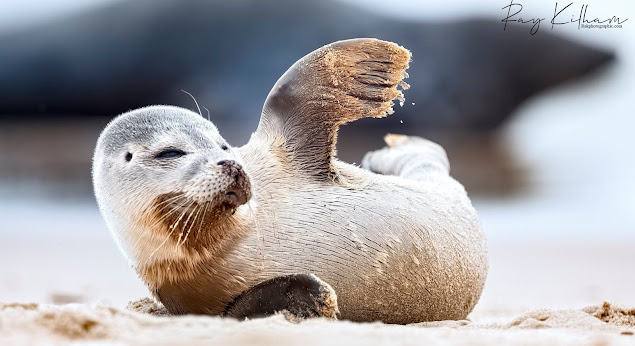 If you think, a common average weight for a grey seal  in Great Britain was found to be about 233 kg (514 lb) for males and 154.6 kg (341 lb) for females, you certainly would not want to get in the way. Grey seal mothers haul out onto the beaches between October and January to give birth.
They spend three weeks weaning their new born pups with fatty milk before abandoning them and mating again. 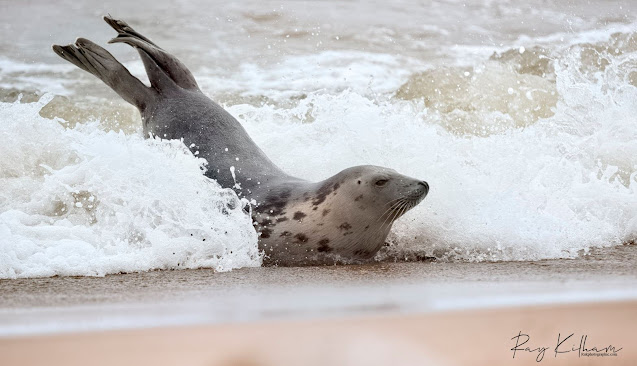 For me, watching the seals in the surf is possibly the most interesting part of the day, seeing the surf crashing around them whilst they continue to play together is a fascinating site. 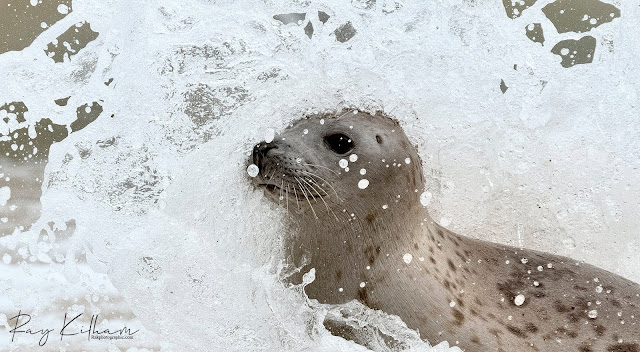 A number of people think fight they are going to cause damage to each other, the "play" fighting is just part of their social interaction.
Sadly, the day was over all to soon, a long journey home was in front of me, but knowing from the 500+ shots II had in the bag, the effort had all been worth while.
Halichoerus grypus Norfolk Phoca vitulina sea seal
Location: United Kingdom 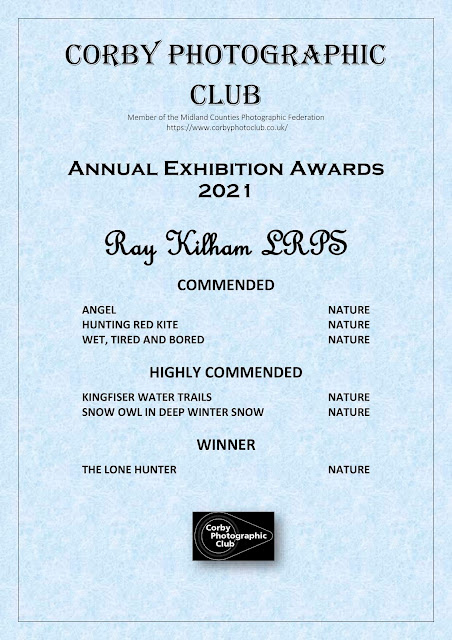 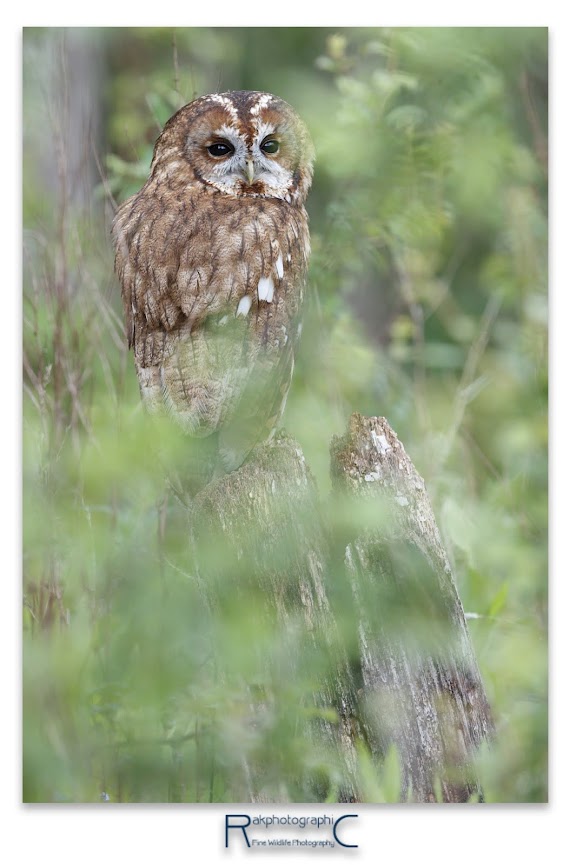 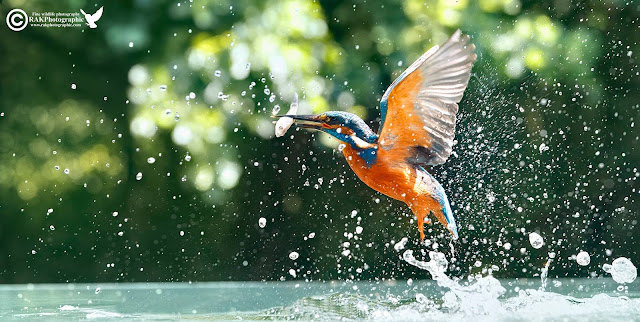